Mosquitoes are a dreadful nuisance to mankind. Not only do they bite people, they are vectors for some terrible diseases, such as malaria and yellow fever.

As such, mosquito control has become an important aspect of disease prevention; especially where mosquito-borne illnesses are endemic.

Mosquitoes are not without natural controls, which sometimes can be exploited by man to help reduce mosquito populations. Some of the natural enemies of mosquitoes are discussed below. 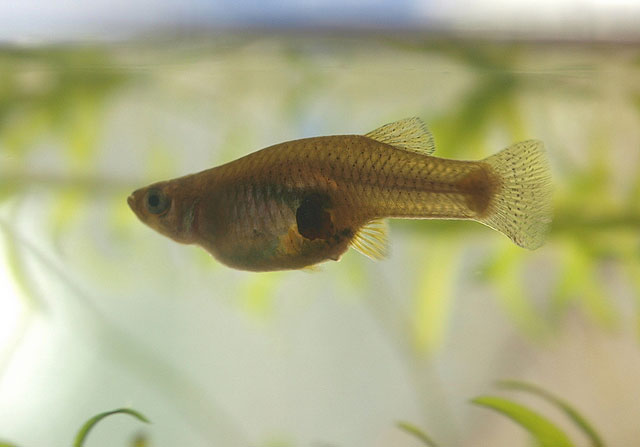 The western mosquitofish, Gambusia affinis, is a small fish whose native range mostly exists in the south-central United States.

The eastern extent of its natural range is the Apalachicola-Chattahoochee-Flint River system of the states of Alabama, Georgia, and Florida, with the western extent being the Rio Grande River all the way into New Mexico.

All of the major rivers which are tributaries of the Mississippi River are in within this fish’s natural range.

Western mosquitofish feed primarily on zooplankton and invertebrate prey (including mosquito larvae) at the top of the water column. The fish is well known for its high feeding capacity, which can reach 42–167% of its body weight per day.

Because of their reputation as mosquito-control agents, western mosquitofish have been introduced in temperate and tropical areas throughout around the world. In the U.S. during the early 1900s, mosquitofish were introduced to Hawaii from Texas to test their effectiveness in preying on mosquito larvae and their ability to function as an effectivemosquito predator.

In the following decades, mosquitofish were widely introduced by public health such organizations, largely because they were thought to be an effective and inexpensive means of combating malaria.

In more recent years, many state and local health departments apparently view the use of mosquitofish to control mosquito larvae as a more attractive alternative to using pesticides.

Although widely introduced as mosquito control agents, more recent scientific reviews have not supported views that mosquitofish are effective in reducing mosquito populations or mosquito-borne diseases.

In some habitats, introduced mosquitofish reportedly displaced native fish species regarded as better or more efficient at controlling mosquitos. They also were destructive to predatory invertebrate populations that fed upon mosquito larvae.

Introduced mosquitofish have been particularly destructive in the American West where they have contributed to the elimination or decline of populations of federally endangered and threatened species. 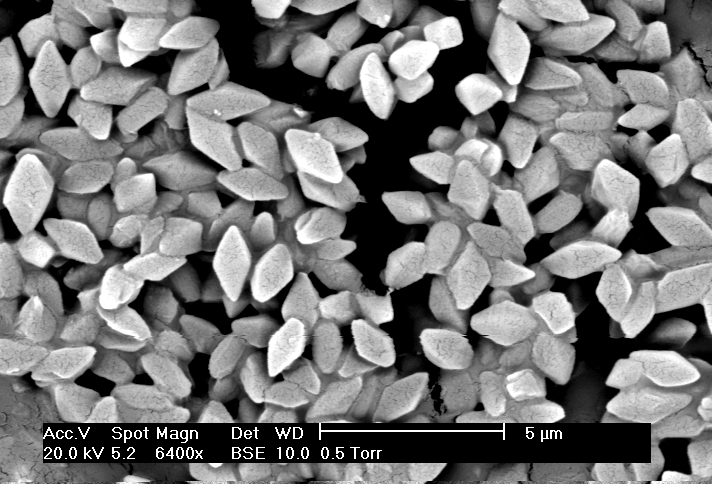 Bacillus thuringiensis (Bt) is a naturally occurring bacterium common in soils throughout the world. Several strains of this microbe can infect and kill insects.

Because of this property, Bt has been developed for insect control, and is the only “microbial insecticide” in widespread use today. The insecticidal activity of Bt was first discovered in 1911, and by the 1950s it was commercially available for use in pest-control.

Bt acts by producing proteins (delta-endotoxins) that react with the cells of the gut lining of susceptible insects. The proteins paralyze the digestive system, and the infected insect stops feeding—eventually dying of starvation. Even dead bacteria containing the proteins are effective insecticides.

For these applications, Bt usually is applied in granules or solid, slow-release rings or briquettes to increase persistence. Rates of application are determined by the size of the water body.

One of the advantages of BT is that it does not have a broad spectrum of activity, so the microbes do not kill beneficial insects, such as insect predators or pollinators. 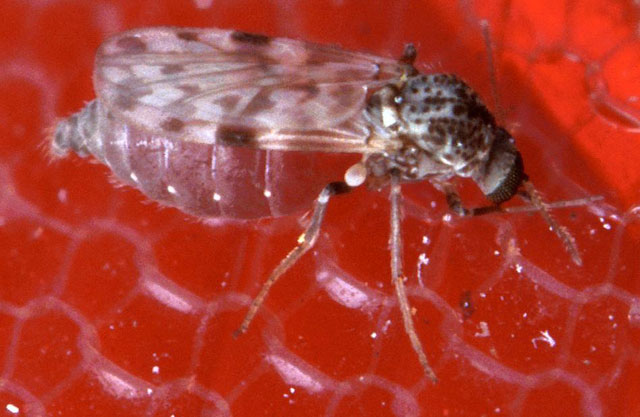 Corethrella appendiculata is a small biting midge that targets frogs as an adult. The larval stage is an aquatic form that is predatory and which targets mosquito larvae for food.

Interest in C. appendiculata has grown in recent years due to the expanding invasion of the Asian tiger mosquito in the U.S. This invader is native to Southeast Asia and reached U.S. shores in the mid-1980s via a Texas port.

The Asian tiger mosquito is an epidemiologically important vector for the transmission of many pathogens, including the viruses that cause yellow fever, dengue fever, and Chikungunya fever. It also is a vector for several filarial nematode parasites.

Dragonflies are fierce hunters of insects, and mosquitoes are definitely on the menu. Dragonflies spend most of their lives living under water as larvae (nymphs)—Up to five years.

They usually live just a few months as adult flies. As nymphs they hunt small aquatic insects and larvae, especially mosquito larvae. Some dragonfly nymphs will even eat tadpoles and guppies.

The nymphs snag their prey with powerful jaws using the same tenacity and determination that adult flies use.

Adult dragonflies are also voracious eaters. They eat other flying insects, in particular smaller flies and mosquitoes. One Harvard study observed a dragonfly that ate 30 house flies in rapid succession, and would have continued eating if more prey was available.

Rather, it sees them with its tremendous visual acuity and then calculates an intercept path in order to meet them at a specific point. Once they intercept their prey, they grab the prey with their front legs, which curve around the prey like a cage, preventing escape. They then use powerful jaws to crush their prey.

The four wings of the dragonfly operate independently, which allows it to hover and fly with great maneuverability. The intricate compound eyes and great flying ability help make the dragonfly a fearsome insect predator. Dragonflies are beneficial insects that man should respect.

As much as mosquitoes bite, they are also a part of the natural food chain. They are eaten by many other organisms, to include other insects, birds, reptiles, fish, and bats.

Bats are sometimes named as effective measures to get rid of mosquitoes in yards but this is a myth. Bats eat mostly larger insects and mosquitoes are only a few percent of their diet as research has shown.

The same goes for birds. Certain birds such as Purple Martins are claimed to feed on mosquitoes thus helping reduce their amount. Yet these birds eat only very few mosquitoes so their presence does not make much of a difference. What’s more is that Purple Martins also feed on the natural enemy of skeeters, dragonflies.

The toads and lizards living in your garden, the frogs in nearby ponds, and the birds inhabiting your neighborhood include mosquitoes in their diets, which helps to keep the mosquito population lower than it would be otherwise.  Even if their contribution is small, they are part of the ecosystem.

Posted in Others, WAC-News | No Comments »